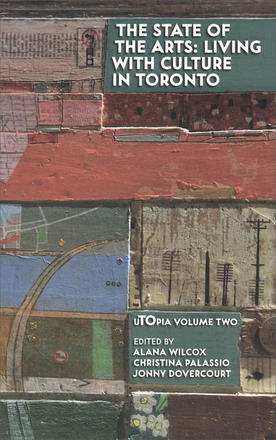 City Hall proclaimed 2006 the Year of Creativity. 'Live With Culture' banners flap over the city. And across the city, donors are ponying up millions for the ROM and the AGO. Culture's never had it so good. Right?

The State of the Arts explores the Toronto arts scene from every angle, applauding, assailing and arguing about art in our fair burg. The essays consider the big-ticket and the ticket-free,from the Opera House and the CNE to the subconscious art of graffiti eradication and underground hip-hop. In between, you'll find considerations art in the suburbs, how business uses art to sell condos, questions of infrastructure, an examination of Toronto on film and a history of micro press publishing. You'll read about the fine line between party and art, the trials of being a capitalist in a sea of left-wing artists, the power of the internet to create arts communities and a plea for spaces that cater to musicians and their kids.

Throughout, you'll find equal doses of optimism and frustration, and a good measure of T. O. love. Taken together, the thoughts of these writers, thinkers, musicians and city-builders aim to create an honest survey of where we're at and where we can go.

Other Books By Alana Wilcox or Christina Palassio 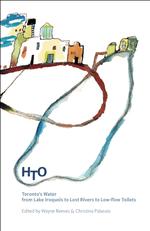