INITIATIVE #1. Coach House has assembled a Non-fiction Indigenous Advisory Board to contribute to the volume and range of non-fiction published by and for the Indigenous community. This board has full autonomy for acquisitions and all decision-making regarding a line of Indigenous non-fiction titles.

The imprint will be called zaagigin. As the board explains, ‘The name is Anishinaabemowin and describes when a sprout comes out of the earth. It is related to the Anishinaabemowin word for love. The associated teaching about the nehiyaw words (which are very similar) tells us that love is about giving people room/support for them to grow, so providing room for Indigenous writers to bring forth new non-fiction works is an act of love.’

The board consists of Denise Bolduc, Hayden King, Emily Riddle, and Kim Wheeler. A call for submissions will appear very soon.

Denise Bolduc is an established creative director, producer, and cultural leader who programs to transform perspectives and activate change. Her career of three decades represents countless contributions and connections with numerous celebrated artists, creative thinkers, and leading cultural institutions with an emphasis on elevating Indigenous voices. Denise is Anishinaabe and French, born and raised in the Lake Superior territory, and is a member of the Batchewana First Nations with familial ties in Garden River.

Hayden King is Anishinaabe from Beausoleil First Nation on Gchi'mnissing. Hayden is the executive director at Yellowhead Institute, adviser to the Dean of Arts on Indigenous Education, and an assistant professor of Sociology at X University in Toronto, Ontario. Hayden has taught at McMaster and Carleton Universities as well as the First Nations Technical Institute, held senior fellowships at Massey College and the Conference Board of Canada, and served in advisory roles to provincial and First Nation governments and Inuit organizations. He is the co-founder of the language arts collective Ogimaa Mikana Project, the co-host of the Red Road Podcast, and his writing, analysis, and commentary is published widely.

Emily Riddle is nehiyaw and a member of the Alexander First Nation in Treaty 6 Territory. She lives in amiskwaciwâskahikan, part of her peoples’ larger traditional territory. A writer, editor, public library worker, and researcher, she sits on the board of advisers for the Yellowhead Institute, a First Nations–led think tank. She has worked with First Nations across Canada on governance, policy, and communication initiatives. Currently, Emily is the Senior Advisor, Indigenous Relations, for the Edmonton Public Library. Her work has been published in the Globe and Mail, Teen Vogue, Canadian Art, and The Malahat Review, among others.

Kim Wheeler has brought positive Indigenous stories to mainstream and Indigenous media since 1993. She has carved out a career as a writer, publicist, and producer across a variety of disciplines. Her audio work has been recognized by the New York Festivals Radio Awards and ImagineNative. Currently, Kim works from her treehouse media office with multiple clients in publicity, magazines, film, and podcasts. She is also the host of The Kim Wheeler Show on SiriusXM and a host/producer on the podcast Auntie Up!

Some projects are already underway. André Alexis is currently working with Geoffrey D. Morrison on his first novel, Falling Hour; Amanda Leduc is working on a novel with Sarah L. Taggart, Pacifique; and Tamara Faith Berger is editing non-fiction books by Alexandra Kimball and Steacy Easton.

André Alexis was born in Trinidad and grew up in Canada. His most recent novel is Ring, the final installment in his celebrated Quincunx. Days by Moonlight won the Rogers Writers’ Trust Fiction Prize. Fifteen Dogs won the 2015 Scotiabank Giller Prize, CBC Canada Reads, and the Rogers Writers’ Trust Fiction Prize. His other books include Asylum, Pastoral, The Hidden Keys, and The Night Piece: Collected Stories. He is the recipient of a Windham Campbell Prize.

Tamara Faith Berger writes fiction, non-fiction, and screenplays. She is the author of Lie With Me (2001) and The Way of the Whore (2004) which were republished together by Coach House Books as Little Cat in 2013, Maidenhead (2012) and Kuntalini (2016). Her fifth book, Queen Solomon, was published by Coach House Books in 2018 and was nominated for a Trillium Book Award. Her work has been published in Apology Magazine, Canadian Art, Taddle Creek, and Canadian Notes and Queries. She lives and works in Toronto.

David Berry is an Edmonton-based writer, editor, and critic whose work has appeared in, among other places, The Globe and Mail, The National Post, The Walrus, and the CBC. His first book, On Nostalgia, was released by Coach House Books in 2020.

Amanda Leduc is the author of the novel The Centaur’s Wife (Random House Canada, 2021) and the non-fiction book Disfigured: On Fairy Tales, Disability, and Making Space (Coach House Books, 2020), which was shortlisted for the 2020 Governor General’s Award in Nonfiction and longlisted for the 2020 Barbellion Prize. She is also the author of an earlier novel, The Miracles of Ordinary Men (ECW Press, 2013). She has cerebral palsy and lives in Hamilton, Ontario, where she serves as the Communications Coordinator for the Festival of Literary Diversity (FOLD), Canada’s first festival for diverse authors and stories.

Pasha Malla is the author of seven books, most recently Kill the Mall, a novel. An infrequent contributor to the New Yorker and the Globe and Mail, he is currently the 2021–22 Mabel Pugh Taylor Writer-in-Residence at McMaster University in Hamilton, Ontario, where he lives, mostly, with his partner and their relentless dog.

Suzette Mayr is the author of five novels, including her most recent, Dr. Edith Vane and the Hares of Crawley Hall. Her fourth novel, Monoceros, won the ReLit Award and the City of Calgary W. O. Mitchell Book Prize, and was longlisted for the 2011 Scotiabank Giller Prize. Her novels have been nominated for the Commonwealth Writers’ Prize for Best Book in the Canada-Caribbean region, the Writers’ Guild of Alberta’s Best First Book and Best Novel Awards, and the Ferro-Grumley Award for LGBTQ Fiction. She teaches Creative Writing at the University of Calgary.

Coach House Books’ poetry list will continue to be acquired and edited by its existing poetry board, which consists of Jordan Abel, Susan Holbrook, Nasser Hussain, Matthew Tierney, and Ian Williams.

All manuscript submissions should still be sent directly to submissions@chbooks.com, as our our guidelines at https://chbooks.com/About-us/Submissions. If you would like to have your manuscript directed to one of our Editorial Consultants, please indicate that in your cover letter. 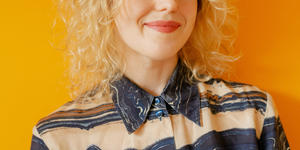 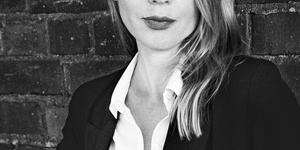 Karolina Ramqvist on the Images in The Bear Woman