Today on Sunday Poetry we have Simina Banu, whose debut collection, POP, was published in April, writing about taking chances in form and finding success in failure.

POP began as a hodgepodge of short, fragmented pieces trying to capture moments of shifting emotions. In a sense, they were all failures. I attempted a variety of poetic forms searching for a structure that fit the feeling, but nothing quite got there. With time I realized that part of what was interesting was the failure itself—the varied, increasingly desperate attempts. Emotions could not be contained in the structure of a poetic form just as the relationship which had sparked them could not be contained and structured. It was this realization that led to the premise of the section titled ‘on separating from our poem.’

I’ve always been interested in the various rules and regulations of poetry: the sonnet, with its alternating moments of stress and unstress; the haiku, at once huge and tiny; the epic, with its mythical narrative arcs. I enjoy the way structure collaborates with the words themselves to create multiple layers of meaning. My favourite development, however, is when the poem breaks free. I am reminded of Phyllis Webb’s brilliant ‘Poetics Against the Angel of Death,’ where the speaker navigates—and escapes—all structural contraints to achieve a kind of liberty that is only emphasized by its formal demolition. I aimed toward a similar liberating energy in my work, to take a wrecking ball to past attempts at confinement and rebuild anew.

Simina Banu is a writer interested in interrogating her own experience with technology, consumerism, pop culture and the poetics of (un)translation. Her poetry has appeared in numerous journals, including  filling Station,  untethered,  In/Words Magazine  and  the Feathertale Review  . In 2015, words(on)pages press published her first chapbook,  where art  . Her second chapbook,  Tomorrow, adagio, will be released in 2019 through above/ground press.  POP  is her first full length collection of poetry. She lives and writes in Montreal. 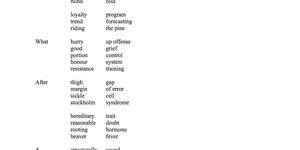 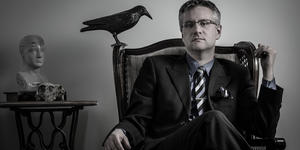