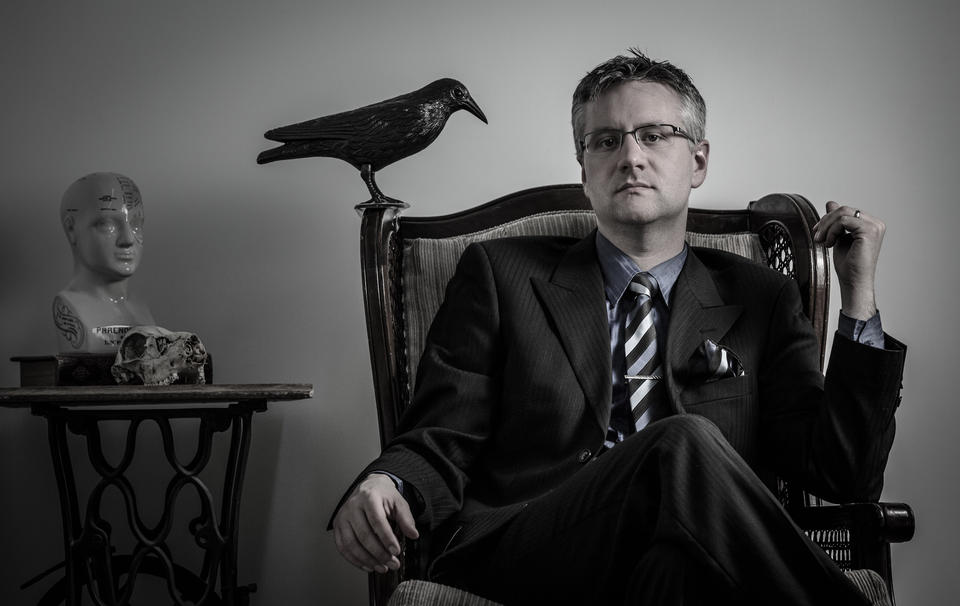 For today's Sunday Poetry we asked Jonathan Ball, author of The National Gallery and Clockfire, to write about the title poem of his second Coach House book, The Politics of Knives.

Let me tell you about a poem I wrote called “The Politics of Knives.”

Sadly, my most prescient poem.

These are its final lines. 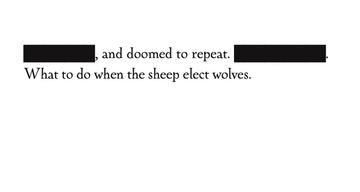 It’s a long poem, the title poem in my book THE POLITICS OF KNIVES, and runs 12 pages. Each page features a prose poem, most longer than this final one.

The poem arose from a formal challenge. I love the prose poem but its weakness is how it lacks line breaks. Was there a way I could approximate them?

The solution came from my first draft’s political themes. In editing, when I had highlighted a section to cut and rewrite, I noticed that my computer placed the text inside of a coloured bar when it was selected. On a whim, instead of deleting, I highlighted the text in black so that it all turned into a thick dark line.

Then I did it again. I found that, instead of deleting weak lines, I could turn them into black bars and give the pages the feeling of censored documents.

But instead of cutting out text, my black bars would actually be suturing text together. Here’s an earlier page of the poem that shows how the black bars work to connect otherwise disparate material, while giving the appearance of disconnecting the material from the reader: 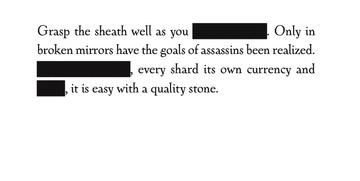 When I wrote the poem, I was engrossed in playing with the formal patterns. I almost lost sight of the text. The poem uses political assassination and visually nods to censorship in order to connect political violence, corporate language, consumer culture, and the social sphere.

I constructed the poem meticulously in response to certain threads I felt in the culture at the times of writing and revising, specifically thinking about Harper’s Canada and Bush’s America.

And I worried, at the time, as a result, that the poem would not age well.

But the poem has aged well.

I am so, so sorry to say that the poem has aged well.

The final line of the poem is, “What to do when the sheep elect wolves.” It ends with a period. My copyeditor asked, rightly, if that should be a question mark.

No, because it is not a question. It’s a simple, sad statement.

Because we always elect wolves.

And the poem is cataloguing what to do. What we do. For we, the people, have spoken.

We have begged the knives to rise and take our throats. And so they come.

Jonathan Ball, winner of the John Hirsch Award for Most Promising Manitoba Writer, teaches English, film and writing at universities in Winnipeg. He is the author of Ex Machina and Clockfire, which was shortlisted for a Manitoba Book Award. Ex Machina considers the relationship between humans, books and machines, and Clockfire contains 77 plays that would be impossible to produce. Both books were published under Creative Commons licenses, so you can remix their contents. Ball's latest collection, The Politics of Knives, won the 2013 Aqua Books Lansdowne Prize for Poetry (Manitoba Book Awards). 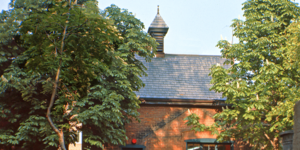 A Note from Coach House Books 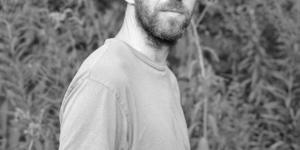