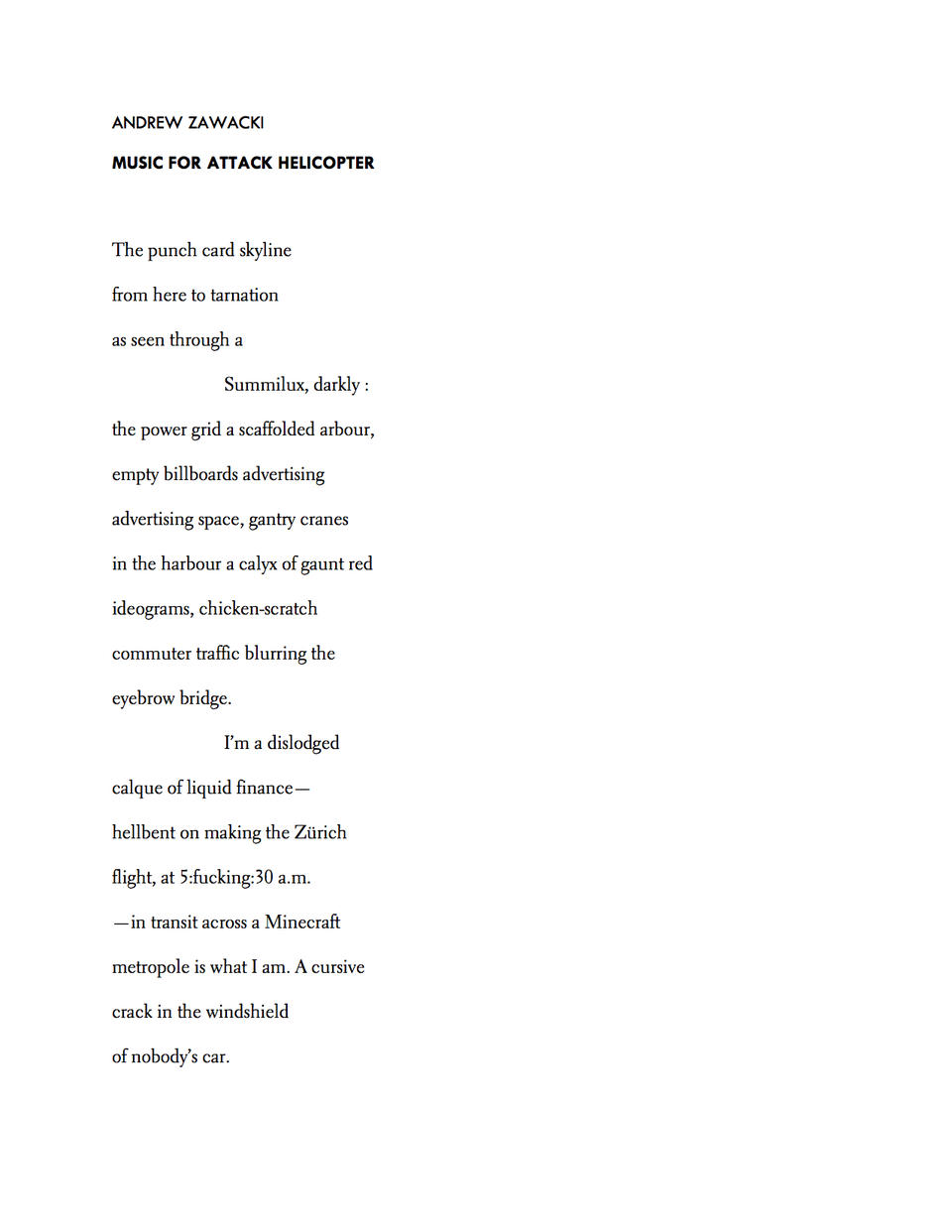 On today's Saturday Poetry we have Andrew Zawacki, who made his Coach House debut in 2019 with Unsun, exploring "Music for Attack Helicopters."

Set at a backseat taxi window, en route to CDG, “Music for Attack Helicopter” is less a morning song of two lovers parting than a dawn patrol track about anonymity and leaving. The once natural world has become a network of harnessed power, manufacturing equipment, and myriad modes of transport which—aerial, terrestrial, marine—are ruining the elements they rely on. At once animated and desiccated by capital, the unnamed city, in turn, is practically virtual, laid out like a video game, framed by imaging technologies that mediate, if not nullify, face-to-face encounter. The relationship of “I” with “myself” is especially imperiled by the estrangement effects of hypermodernity, and the speaker of this poem, hurrying from one infernal “non-place” to another, finds himself, as it were, losing himself. While the matinal scene is underwritten by writing—from ideograms to loan words, cursive to griffonage—as though the world were still, reassuringly, structured like a language, the acoustics are overlorded by a military apparatus. Speaking of ransacking spectral antecedents: I might have taken the title from a poem by contemporary French writer Dominique Fourcade.

Andrew Zawacki is the author of the poetry volumes Videotape, Petals of Zero Petals of One, Anabranch, and By Reason of Breakings, as well as four books in France. His poems have appeared in The New Yorker, The New Republic, The Nation, and elsewhere. With fellowships from the NEA, Centre National du livre, and French Voices, he translated Sébastien Smirou's My Lorenzo and See About. Zawacki also edited Afterwards: Slovenian Writing 1945-1995 and edited and co-translated Aleš Debeljak's Without Anesthesia: New and Selected Poems. A recent Howard Foundation Poetry Fellow, he is Professor of English at the University of Georgia. 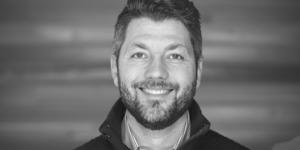 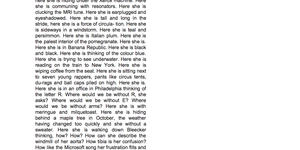