Andrew Zawacki is the author of the poetry volumes Videotape, Petals of Zero Petals of One, Anabranch, and By Reason of Breakings, as well as four books in France. His poems have appeared in The New Yorker, The New Republic, The Nation, and elsewhere. With fellowships from the NEA, Centre National du livre, and French Voices, he translated Sébastien Smirou's My Lorenzo and See About. Zawacki also edited Afterwards: Slovenian Writing 1945-1995 and edited and co-translated Ale? Debeljak's Without Anesthesia: New and Selected Poems. A recent Howard Foundation Poetry Fellow, he is Professor of English at the University of Georgia. 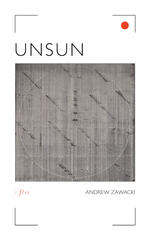