Infallible settlers say this is the latest season
they have known. All seed life seems somnolent,
yet a delicate suggestion of colour is at the tips
of the willows. An insidious, slow-moving process
is at work in the trees – one that spells from death
-car to drive more slowly unto drouth-world. The wine
of spring aflush on the face THE COPS- FIND- 2 J3<3
I H • ^ \ Hn is a Goad of Death Gourd of chanqts Takt
Life is totally totally lonely of Nature. Dearth is
the only reality we’ve got left in our nicey-nicey-
clean-ice-cream-tv scraps, so we’d better worship
the long wall of skulls next to the ball park. The delay
only whets our monstrosity. A unique beauty about
this pre-vernal landscape before it is screened
by red-brown colour, air and surface, semi-thick –
a boldness suggestive of how Janey and the rest
of the people witnessed the Italian primitifs
in ‘wild’ societies where the word ‘why’
can’t exist. With a minimum of means we
get a maximum of expression. 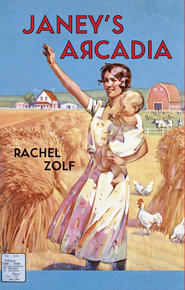 This poem opens Janey’s Arcadia and is a kind of invocation from the book’s violent and violating muse, Janey Settler-Invader. Janey Settler-Invader’s voice is an imperfect mashup of two fictional characters. Janey Canuck is a plucky prairie pioneer settler created by first-wave feminist suffragist Emily Ferguson Murphy; Murphy was one of the Famous Five women of the 1929 Persons Case that deemed white Canadian women to be “qualified persons” – and also a woman who believed in selective breeding and state sexual sterilization, among other eugenic practices. The second character is Janey Smith, U.S. punk pirate novelist Kathy Acker’s infamous wounded and ravaging ten-year-old girl from Blood and Guts in High School.

The base text for the poem is a paragraph from Murphy’s Janey Canuck book Open Trails, which is interrupted by lines from Blood and Guts in High School. When Google Books puts the intricately drawn and labelled dream maps in Blood and Guts in High School through Optical Character Recognition (OCR) software to make them readable as text, many OCR “errors of recognition” occur that make for some horribly beautiful orthographic impressions on the page. When I read aloud from Janey’s Arcadia, I try my darnedest to get my mouth around these haunted errors of recognition, hauntings that could press white Canadians to get our heads around recognizing our collective role in the many errors and ongoing disasters of settler colonialism on Turtle Island (North America). We are Janey Settler-Invader. Here, put your mouth around each error, sound it out, see what happens if you decide to listen and act. 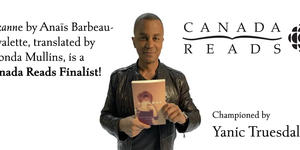 Suzanne Is a Canada Reads Contender! 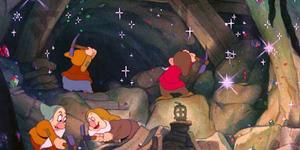