Night & Ox author Jordan Scott has been awarded the prestigious Latner Poetry Prize by the Writer's Trust of Canada. The prize, established in 2014, seeks to reward ‘talented Canadians who have mastered the art of poetry.’ Past winners include Karen Solie and Gregory Scofield.

The jury, comprised of Moez Surani and Sylvia Legris, had this to say about Scott's body of work: ‘Jordan Scott savours and vies not solely with the materiality of language, but language’s subjective materiality. For Scott, each context and uttering body manifests an original materiality: the precision of nature, anatomy, the names of friends, the contours of British Columbia or Poland, the daily ritualized cycles of parenthood and the cosmos. His associations, insinuations, discoveries, tensions, and mysterious propulsive force—these manifestations of his consciousness—are wondrous.’

On the honour, Scott says, ‘For me, one of the best parts of being a poet are the friendships I’ve made. I would not be in this position without the kindness of mentors and the generosity of my friends.’ His works include Blert, a meditation on stuttering (Scott, like fifty million others, has always stuttered), decomp, the result of a poetic science experiment in which he and Stephen Collis travelled around British Columbia leaving 5 copies of The Origin of Species in 5 unique ecosystems and then ‘reading’ the book in its various states of decomposition, and most recently Night & Ox, which navigates fatherhood against the backdrop of the ESA's Rosetta mission to study comet 67P/Churyumov–Gerasimenko.

Born and raised in British Columbia, Scott is also the author of several chapbooks including Clearance Process (SMALL CAPS, 2016) and Lanterns at Guantánamo (Simon Fraser University). Both chapbooks treat his experience after being allowed access to Guantanamo Bay in April 2015. Jordan is also the author of the chapbook Dawn published by Tinfish Press of Hawaii (2017). He has been featured at international literary festivals such as Days of Poetry and Wine in Slovenia, and the Oslo International Poetry Festival in Norway. His work has been translated into Slovenian, French, and Portuguese. Scott was the 2015/16 Writer-in-Residence at Simon Fraser University and works with Broc Rossell at The Elephants. Some of Jordan's work can be found here: lanternsatguantanamo.ca 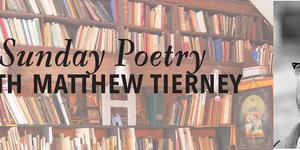 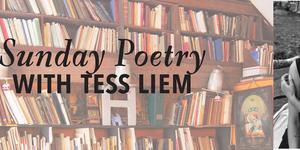