Thom Vernon has worked in film, television and theatre since 1989, including appearances on Seinfeld, General Hospital and The Fugitive. He has been the Actors’ Gang Youth Education Program director, and has worked extensively with at-risk people, including as an arts educator at the Lorraine Kimsa Theatre for Young People. His screenplays and fiction have placed in various competitions, including Paramount’s Chesterfield Writer’s Film Project and the Open Door Contest. He hails from Michigan, but he and his partner live in exile in Toronto. This is his first novel. 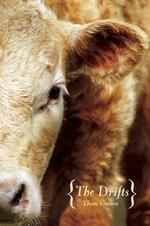