Nick Thurston (b. 1982) is the author of two books, one chapbook, one pocketbook, and co-author of two more pocketbooks, the latest of which is being translated into French, German, Italian and Spanish. He has been an Associate and Visiting Lecturer at various art academies in the UK since 2007, and in September 2012 joined the faculty of the School of Fine Art, History of Art and Cultural Studies at the University of Leeds.

His print and sculptural works are held in public and private collections around Europe including the Van Abbemuseum (Eindhoven), Leeds City Art Gallery and The Bibliothèque nationale de France (Paris). His bookworks are collected by the V&A (London), Tate (London) and MoMA (New York) amongst other institutions. He has exhibited in shows at Denver Museum of Contemporary Art, Les Halles (Porrentruy), Toulouse Museum of Contemporary Art, The Laurence Sterne Museum (Coxwold), Whitechapel Gallery (London) and Bury City Art Gallery amongst other venues.

Commissioned interviews and reviews with/by him for periodicals like Afterall (London), BOMB (New York) and The Iowa Review can be found in print and online. His poetic writings have been anthologised in collections including Against Expression (Northwestern UP) and The Unexpected Guest (Liverpool Biennial & A / B Publishing), and recent essays by him include book chapters, peer-reviewed articles and journalism.

Since 2006 he has been co-editor of the independent artists’ book publishing imprint information as material (York), with whom he was Writer in Residence at the Whitechapel Gallery (London) 2011-12. In 2014 he was an Artist in Residence at the Irish Museum of Modern Art (Dublin). 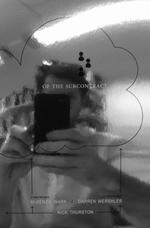