Paul Thompson is a playwright and director born in Charlottetown, Prince Edward Island, in 1940. From 1971 to 1982, he served as artistic director of Theatre Passe Muraille (with which he is still associated). He has participated in several celebrated productions including Doukhobors (1971), The Farm Show (1972), 1837: The Farmers' Revolt (1973), Les Maudits Anglais (1978), Maggie and Pierre (1979) as well as directing at Centaur Theatre, Alberta Theatre Projects, Blyth Festival and Native Earth Performing Arts among many others. 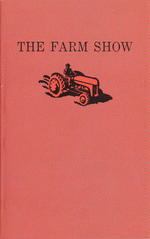