Jeet Heer is a cultural journalist and academic who divides his time between Toronto and Regina. Heer has written for such publications as the National Post, Slate.com, the Boston Globe, The Walrus, The American Prospect and the Guardian of London. He has coÂ?edited eight books and been a contributing editor to another eight volumes. Jeet Heer coÂ?edited A Cultural Studies Reader (University of Mississippi Press, 2008) and is the recipient of a Fulbright Scholarship. With Chris Ware, Jeet continues to edit the Walt and Skeezix series from Drawn and Quarterly, which is now entering its fifth volume. 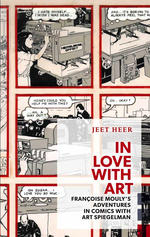