Amiel Gladstone is a playwright whose work has been performed across Canada, as well as in New York, Philadelphia and Colmar, France. His most recent plays include Hippies and Bolsheviks, The Wedding Pool, We Three Queens, The Black Box and Lena's Car, which was awarded a Jessie for best original script. Gladstone works as a theatre director and is the current Artistic Producer of Theatre SKAM and the Artistic Associate at Caravan Farm Theatre. 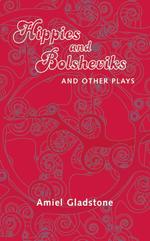