Dominique Fortier is an editor and translator living in Outremont, Quebec. Her first novel, On the Proper Use of Stars (2008), was nominated for a Governor General's Award, and Au péril de la mer won the Governor General's Award for French fiction. She is the author of five books, two of which have been translated into English. 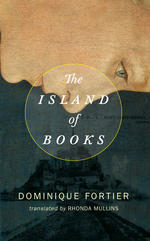