Louise Bak was born in Kingston, Ontario and has lived in Toronto since 1991. She works actively as a writer, editor, radio broadcaster, performance artist and sexuality counsellor. Her writing has appeared in numerous magazines, journals and anthologies in North America. Her first book of poetry, emeighty, was published in a limited edition by Letters Bookshop in 1995. She is currently the guest art editor of the feminist culture magazine PlusZero. Aside from her literary (in)ventures, Louise can be heard every Tuesday morning as co-host of Sex City, Toronto's only morning program dedicated to ongoing cultural (s)excavation (CIUT-EM 89.5). Her performance work has appeared in the independent films Cheese (1995), Amidst Us (Total Eclipse Productions, 1996) and The WaIl (1997). She is co-originator of SLANT, Canada's first television magazine to explore Canadian-Asian art and culture, now in development. She is also completing her graduate work on the transperformative aspects of Cantonese opera in Canada at the University of Toronto. 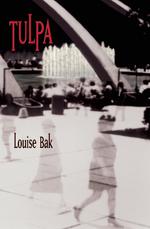