John Armstrong was born and raised in White Rock, a sleepy suburb of Vancouver. After dropping out of senior high school, he fell into the burgeoning Vancouver punk scene via his roommate Art Bergmann. Hanging around with DOA et al., he started up his own band, the Modernettes; then after their demise, Los Popularos. Since 1986, he has been a writer for the Vancouver Sun. He lives in East Vancouver, where he operates the studio and label PachucoRecordings. 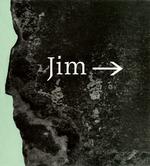