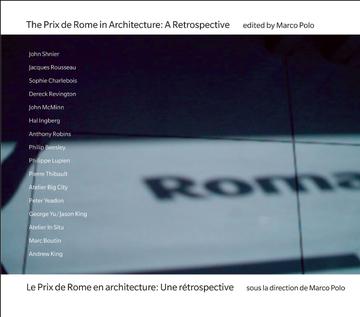 The Prix de Rome in Architecture

Thirty or so years ago, architecture changed. A strong desire to explore the artistic and humanistic side of the practice pushed it onto paper and into installations; ‘paper architecture’ became the locus for the avant garde. In recognition of this, the Canada Council for the Arts established the Prix de Rome in Architecture.

During the years the Prix de Rome was in place, from 1987 to 2003, some of Canada’s most important architects weregiven the opportunity to explore a more theoretical and experimental practice. Their projects, however, were not well disseminated and remain unknown to most of the architectural community.

By reproducing the work of each of the Prix de Rome laureates, this book hopes to introduce this important work to a broader artistic community. To contextualize the work and its influence on a generation of architects, each of the documented projects also includes an exploratory text by the laureate who created it and traces the trajectory of that laureate’s career since that time. Critical essays by Gary Michael Dault, Daniel M. Millette and Marco Polo consider the interface between art and architecture that the Prix de Rome has encouraged and explore the issues, ideas and representational methods from contemporary art that influence speculative architectural practice. 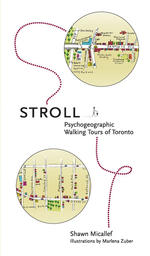