Shortlisted for the Amazon. ca/Books in Canada First Novel Award

The kid sells lemonade. Not a lot of people buy lemonade, especially now that it’s winter, but the kid makes good lemonade, even if his friend Mullen thinks it ought to be sweeter.

They don’t talk much with the other ten-year-olds — most of the others are Dead Kids anyway. Except for Jenny Tierney, but she’s busy breaking kids’ faces with her math book. Besides, the Russians from the meat-packing plant are a lot cooler, and they always win at curling.

But in small-town Alberta, there are just too many roman-candle fights, bonspiels, retaliatory river diversions, black-market submarines, exploding boilers, meat-packing-plant suicides and recess-time lightning strikes for one lonely kid to get any attention. He might as well go to Kazakhstan. Then the adults in his life start disappearing down tunnels and into rendering vats. Being ten is hard enough without all that, especially when your best friend is ruining the lemonade.

But the Milk Chicken Bomb should change everything.

Frenetic, hilarious and gently heartrending, The Milk Chicken Bomb takes us inside the mind of a troubled ten-year-old who is just beginning to understand that the adults around him are as lonely and bewildered as he is in the face of the slapstick demands of the world.

Other Books By Andrew Wedderburn 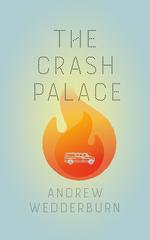 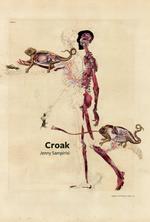