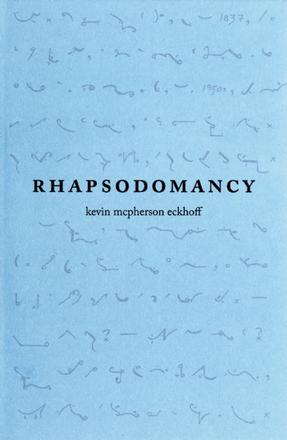 Reading is slow, and writing is slower. Words are old-fashioned. Why not consider the communication of the future? In 1837, Sir Isaac Pitman began a sixty-year obsession with producing a system of shorthand that accurately and swiftly captures voice as evidence of the mind’s movements. In the 1950s, John Malone developed Unifon, a forty-character phonetic alphabet intended for international communication by the airline industry. Both projects reached for artful utility, and both have largely been forgotten.

In Rhapsodomancy, kevin mcpherson eckhoff remembers them. Exploring these two phonic alphabets as image, these poems playfully interrogate the relationship between voice and visual poetry. Can pictures represent voice? Can unutterable writing express thought? Rhapsodomancy offers an imaginative response to such questions via empty suits reciting onomatopoeia, letters defying the laws of reality, and drawings divining the future.

'I showed this to a friend and he said "Gorgeous!" I alternated between "Cool!" and "What the hell?" We both looked at it as a source for tattoo ideas … A feast for the eyes (and mind), this collection includes a 12?-page rope alphabet, MC Escher-?like phonic art, poems and comics with made-up words. '

'In Rhapsodomancy, kevin mcpherson eckhoff uncovers a world of signs, images, and marks that make meaning, that divulge sense, that reveal even as they obscure. His is a visual poetry at the edge of the textual and fully visual, resplendent with fragmentary bits of language and formal games filled with humor. We learn from this book that what we lack in writing we can make up for with divination. We learn of the continuing power of the textual and its steady descent into silence. We learn that play is the deepest form of learning. And this is the kind of learning our thinking bodies are designed to enjoy. '

?–? Geof Huth, author of Out of Character 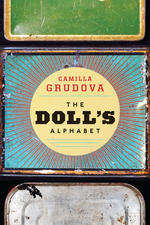 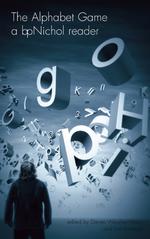