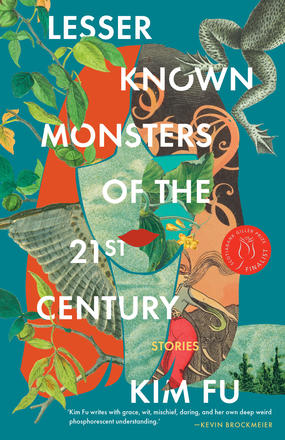 Featured on CBC's The Next Chapter with Shelagh Rogers

The debut collection from PEN/Hemingway Award finalist and ‘propulsive storyteller’ (NYT Book Review), with stories that are by turns poignant and pulpy

"Lesser Known Monsters of the 21st Century is one of those rare collections that never suffers from which-one-was-that-again? syndrome. Every story here lights a flame in the memory, shining brighter as time goes by rather than dimming. Kim Fu writes with grace, wit, mischief, daring, and her own deep weird phosphorescent understanding." —Kevin Brockmeier, author of The Ghost Variations: One Hundred Stories

"When a collection is evocative of authors as disparate as Ray Bradbury and Stephanie Vaughn, the only possible unifier can be originality: and that’s what a reader finds in Kim Fu’s Lesser Known Monsters of the 21st Century. The strangest of concepts are tempered by grounded, funny dialogue in these stories, which churn with big ideas and craftily controlled antic energy." —Naben Ruthnum

"How I loved the cool wit of these speculative stories! Filled with wonder and wondering, they’re haunted too by loss and loneliness, their imaginative reach profoundly rooted in the human condition." —Peter Ho Davies, author of A Lie Someone Told You About Yourself

"Precise, elegant, uncanny, and mesmerizing–each story in this collection is a crystalline gem. Kim Fu's talent is singularly inventive, her every sentence a surprise and an adventure." —Danya Kukafka, author of Notes on an Execution

"Lesser Known Monsters of the 21st Century is for the adventurous reader–someone willing to walk into a story primed for cultural critique and suddenly come across a plot for murder, or to consider the dangers of sea monsters alongside those posed by twenty-first-century ennui. Each story is spectacularly smart, hybrid in genre, and bold with intention. The monsters here are not only fantastical figures brought to life in hyper-reality but also the strangest parts of the human heart. This book is as moving as it is monumental." —Lucy Tan, author of What We Were Promised

"Kim Fu's Lesser Known Monsters of the 21st Century crushes the coal-dark zeitgeist between its teeth and spits out diamonds, beautiful but razor-sharp. This will be one of the best short story collections of the year." —Indra Das, author of The Devourers

"Fu’s stories crackle with quirky plots, and her characters’ problems and hunger for new possibilities are palpable. This is a winner." – Publishers Weekly, starred review

“Lesser Known Monsters of the 21st Century has people driving wood-paneled station wagons, kids going to work, and folks getting unhealthy breakfast at a drive-through, so it feels normal, like something we know. However, it's also full of surprises and strange new things – and those make for truly addictive reading. This collection cements Fu as one of the most exciting short story writers in contemporary literature." –NPR

". . . the title of Kim Fu’s powerful short story collection, Lesser Known Monsters of the 21st Century, isn’t a metaphor; these stories really do include, among other things, a sea monster and a sinister doll; Fu “is equally at home chronicling bizarre events and her characters’ inner lives.” – Kirkus Reviews, "10 Most Anticipated Fiction Books of 2022"

"Things get weird in this mesmerizing debut short story collection featuring 12 stories about macabre, beautifully dark images (not unlike a Lana Del Rey song) that include: a girl growing wings on her legs, a group of children who steal a haunted doll, and a runaway bride who encounters a sea monster." – NYLON, "24 Books We're Looking Forward to in 2022"

"This collection of 12 inventive and mesmerizing short stories depicts the monstrous hiding within the everyday … Vivid and surreal, readers of Carmen Maria Machado will enjoy this collection." – Buzzfeed, "23 New Fantasy And Science Fiction Novels To Read This Winter"

"Lesser Known Monsters of the 21st Century demonstrates Fu’s command of the form. The speculative elements are all anchored by emotional gravity. Her unusual plots and nonconformist characters are drawn with incisive prose of great descriptive power, and they captivate even in miniature." –Quill & Quire

"An endlessly entertaining bestiary from one of the country's most exciting practitioners of fiction … There's nothing to fault in this book; it's an endlessly inventive collection from a real talent." – Michael Schaub, StarTribune

“The strange and wonderful define Kim Fu’s story collection, where the line between fantasy and reality fades in and out, elusive and beckoning as shadows flitting on a screen.” –Danielle Trussoni, New York Times Book Review

"As much as the 12 tales in this collection … are filled with discomfiting elements and goings-on – a woman rents a house that slowly fills with beetles, an insomniac is visited by an actual sandman who pours sand down her throat – each is still anchored in recognizable emotional reality. Amidst the trauma, violence and technology gone awry there’s sly humour, too." –Emily Donaldson, Globe and Mail

"Fu doesn’t offer concrete answers but instead suggests that with all these technological advances, we remain fragile, lonely, fearful of expressing our own truth, and blinded by our own world view. Herein lies the collection’s hope. The 'known monsters of the 21st century' are humans. While they have bleakly accepted things, these humans are dreamers, and encourage each other to be our best. Perhaps, we have not completely collapsed into a dystopian world as yet." –Leslie-Ann Murray, Ploughshares

"As they summon disturbing signs and wonders, the stories invite readers into portraits – of marriage, childhood, grief and our glum zeitgeist – that delight, provoke and entertain." –Brett Josef Grubisic, Toronto Star

"Lesser Known Monsters of the 21st Century celebrates a multitude of needs and desires that are not socially or economically prescribed. Characters hold their secrets, their strangest thoughts close. Such flights of fancy — tinged with desperation though they may be — are what make their lives plausible and survivable as well as enchanting." –Rachel Gerry, Literary Review of Canada

Monsters, figurative or real aside, Kim Fu’s Lesser Known Monsters of the 21st Century is a terrific collection of speculative fiction, with evocative, textured prose that left a lasting impression on this reader. – Ian Mond, Locus Magazine

“Lesser Known Monsters of the 21st Century by Kim Fu is a lovely, new collection of eclectic tales, with everything from virtual simulations with the dead to a man made of sand." –Silvia Moreno-Garcia, The Washington Post 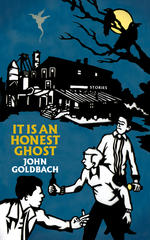 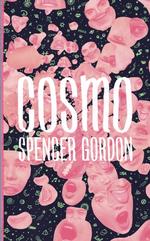 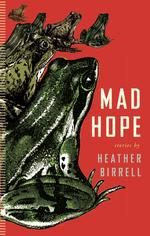 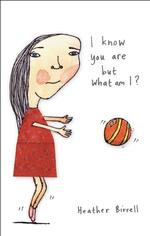 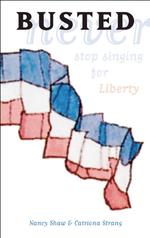 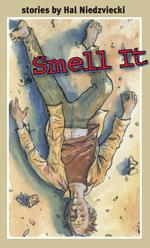