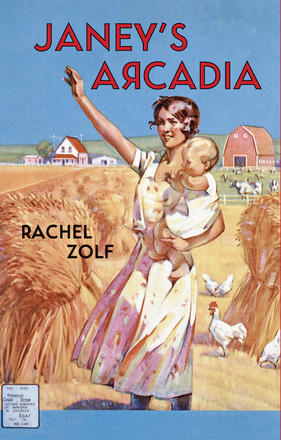 It is true Canada is not exactly a Utopia, Ltd. ,
for there is hard work and a rough, raw, erudite wail
against the postmodern loss of meaning and emotion to be done
before comfort or affluence are built. I used to have a lot of idyl
fantasies inwrought with Indign traits about your too bruised
and scared surface looking into the seeds of time. How now,
my masters! Smacks not this one-acted poem of the great
national prosaic life of Arcady?

'That poetry can be forcefully consequential is not a safe assumption in our contemporary crisis of sustainable attention. To deploy an intricately political poetics as Zolf’s performative texts do is a wager on expansion of the genre with no small risk of misreadings. The driving courage of Janey’s Arcadia is in fact its digital-age enactment of an allegory of misreading. Subjecting Canadian settler texts (in which indigenous peoples’ humanity can be casually or fervently dismissed) to Optical Character Recognition software, a chilling and ludicrous display of misreadings occur, inescapably charged by the cultural politics of non-recognition. A reader’s encounters range from the philosophically profound “Each person is an asking…” to the OCR mutated government questionnaire. Q: ‘Do you expei'ience any dread of the Indigns?’ A: I have no fear of Indigns, for I never see one. ' – Joan Retallack

'Few poets embody stress like Rachel Zolf. Pain most poets cannot imagine exposing with such exacting affliction. Janey’s Arcadia recommends we reconsider the weak arguments of “post-identity politics” because this poet sees how we will lie to hide the brutality of our collective suffering for civilization’s advancement. If you read this without waking your emotional intelligence, well, I’m glad I’m not you with that stick so far up your ass. This is the real poetry. I know it is because it changes me. '

’I’ve been locked up in this room so/ long, mon dieu, whatever desires arise in me are rampaging/ as fierce and monstrous as gigantic starving jungle beasts. ” A great hunger, ravenous as Canada, and filled with rage and hurt, animates Rachel Zolf’s splendid new book. On one hand Janey’s Arcadia brings us a few hundred years of western colonization, and on the other, these poems speak to everyone who’s living on someone else’s land or those forced to speak in someone else’s tongue. Whether it’s Cree or English, French or Cobol, there’s always a man and a machine happy to misprise you. “C’est bien. By every fair means. In Manitoba. ...”’ – Kevin Killian

In a recent review article in the Chronicle Herald, George Elliott Clarke reflects on political importance of Rachel Zolf's Janey's Arcadia, writing: Zolf seeks to rip away the pastoral, family-values facade and reveal the real (and continuing) violence of colonization, including the practice of cultural oppression against indigenous Canadians, but also of actual, race-inflected misogyny amounting to the serial killing (or time-lapse mass murder) of native women. '

An 'experimental' 'mash-up,' Zolf's wordplay and multilingual diction is 'daunting,' says Clarke, but worth plowing for 'its riches. '

In a recent review article in Canadian Literature, Linda M. Morra calls Rachel Zolf's recent poetry book, Janey's Arcadia, 'a gritty, vituperative account of the violence associated with colonial practices, the systemic violence inflicted against the Indigenous, and the appropriation of their territories. ' She argues that Zolf's 'poetic forms and language are sharp and intelligent,' and she 'eschews poetic and moral effustions . .. to great effect. '

'Zolf gave us much to think about and feel; we had the chance to talk together, an opportunity always built on the foundation of provocations and risk, and in this case, exhilaration. ' - X Poetics

In a recent review article in Brick Books, John Nyman thinks about what conceptual writing - something that has recently garnered a fair amount of criticism in the hands of some poets - might mean to Canadian poetry in particular.

Using Rachel Zolf's Janey's Arcadia as a case study, Nyman writes that her poetry book 'both playfully and critically re-enacts the profound misunderstandings of Indigenous life, culture, and humanity perpetrated by the European immigrants who settled their land. ' He continues: 'The book is simultaneously eye-opening and entertaining, and contributes an unexpectedly visceral edge to the ongoing discussion of Canada's historical and present-day settler-colonial practices. Overall, it adds up to a spectacular execution of conceptualist techniques, since it is not so much the authenticity of Zolf's voice that lends Janey's Arcadia its strength, but the precision of what [Michael] Nardone . .. calls Zolf's "scrutiny of documents. "' 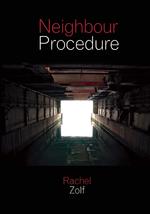