The Paintings of Margaux Williamson

'Like all my favourite art, these paintings bring out that covetous feeling – I want to wear them, dance to them, show them off as an example of how life feels to me: dirty, dumb, terrifying, spiritual and so funny. ' – Miranda July

'In a time of ironic detachment, Margaux Williamson is a painter of extreme candour, but the violence of her vision is cut with wonder and love. Sometimes she recalls Philip Guston, sometimes she's like a Pittsburgh-born Van Gogh; usually she reminds me of nobody at all. Seeing as she sees feels like waking up. ' – Ben Lerner

In a world where the image of a painting on a computer screen can be as real as a painting hanging in a gallery, I Could See Everything, the breakthrough body of work by acclaimed painter, filmmaker and social artist Margaux Williamson, appears here both as a strange vision and one that feels so familiar and inevitable. This suite of forty-six paintings, selected and curated by the Road at the Top of the World Museum for their tenth anniversary, shares the gallery’s preoccupation with, as curator Ann Marie PeÃ±a says, darkness as both geographical condition and conceptual idea.

In collecting all forty-six works alongside essays by David Balzer, Mark Greif, Chris Kraus and Leanne Shapton and an introduction by the curator, this catalogue transcends the boundary between the authentic and the imaginary, and collapsesthe distinction between art show, museum catalogue and document of something astonishing that also never was.

‘Perhaps Nietzsche, in the late nineteenth century, could maintain the privileged fallacy that we cannot know the consequences of our actions. Williamson, of the twenty-first century, can, and does, see everything. ’ 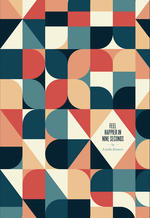