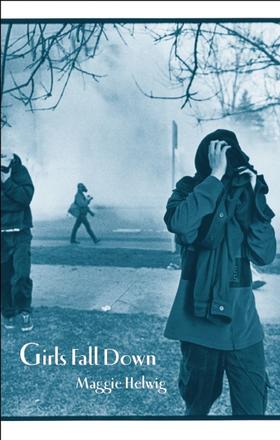 A girl faints in the Toronto subway. Her friends are taken to the hospital with unexplained rashes; they complain about a funny smell in the subway. Swarms of police arrive, and then the hazmat team. Panic ripples through the city, and words like poisoning and terrorism become airborne. Soon, people are collapsing all over the city in subways and streetcars and malls.

Alex was witness to this first episode. He’s a photographer: of injuries and deaths, for his job at the hospital, and of life, in his evening explorations of the city. Alex’s sight is failing, and as he rushes to capture his vision of Toronto on film, he encounters an old girlfriend – the one who shattered his heart in the eighties, while she was fighting for abortion rights and social justice and he was battling his body’s chemical demons. But now Susie-Paul is in the midst of her own crisis: her schizophrenic brother is missing, and the streets of Toronto are more hostile than ever.

Maggie Helwig, author of the critically lauded Between Mountains, has fashioned a novel not of bold actions but of small gestures, showing how easy and gentle is the slide into paranoia, and how enormous and terrifying is the slide into love.

'The depth of her understanding . .. fills this book with moving scenes and striking perceptions. ’

—The Globe and Mail (about Between Mountains)