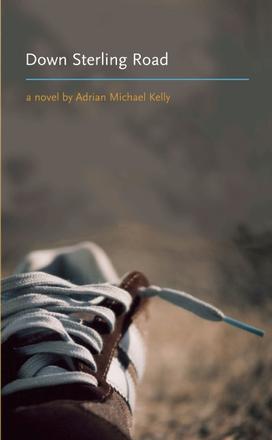 Nominated for an Alberta Book Award.

Time you had a haircut. Look like a mop.
Not that skinny.
Skin and bloody bone, boy.
Jacob breaks the point of his pencil but makes it look like an accident. And away Dad goes out the door and thump thump down the stairs.
Jacob eyes the hole at the end of his pencil. Listens till he can’t hear the Torino anymore. Crawls under the covers. Hopes the rest of December comes and goes like a heartbeat.

Jacob would rather be drawing than running. He likes the Anatomy Colouring Book his dad gave him, and he likes how it helps him to better draw superheroes, with their unbreakable bodies. He likes, too, how drawing makes him forget about how much he misses his mum, about how hard his dad works to pay for their tiny apartment and secondhand clothes, about the pitying whispers that follow them around Glanisberg.

Down Sterling Road parses the anatomy of childhood with wisdom, wit and wonder; it’s one of the most charismatic books you’ll read all year.

‘Down Sterling Road lopes into the periscope of Canadian literature, strides through the barking back alleys of small-town childhood, drifts like a leaf over the skin of memory. Adrian Michael Kelly has captured the bittersweet ache of growing pains and growing up, of adolescent loss and daydream and rage. This dazzling bildungsroman fractures paternity and anatomy and necromancy to become an exquisite marathon of filial love and acceptance. ’ 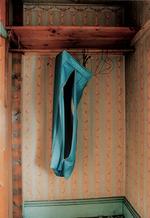