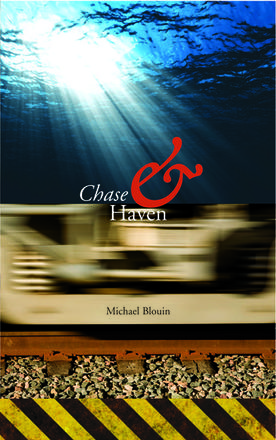 He saw it. Like one dead eye filmed over. Like a tunnel that would kill you. Like a star coming to explode you. He saw it. Closer and closer. It was morning. It was daylight. He shouldn't be thinking this. This was a nighttime thing. Stop. Stop. Stop thinking. He felt it. Like black oil on his spine. Like night inside of him.

Chase and Haven only have each other. Their mother is mostly absent; she's tired from working too hard at her motel cleaning job and avoiding their father's fists. He's mostly absent too, usually drunk and often violent. So it's up to Haven to look after her little brother, Chase, and she's fiercely protective of him. She hides the bread away so he'll have something to eat for lunch, and hides him away when their dad's temper flares. And she teaches him how to make himself invisible, howto read the signs.

One day though, hiding just isn't enough to keep them safe. So Haven steals the family car, whose dashboard she can barely see over, and she pilots them away to safety. Their aunt Mary takes them in and tries her best to love and nurture them - to try and make up for everything they've endured.

But a childhood so harrowing is impossible to forget. Haven goes to medical school, hoping to heal herself by healing others. She marries young and has a daughter, April, whom Haven hopes will serve as some kind of redemption. Chase, more damaged even than Haven, battles his demons through cathartic but doomed performance art. But his searching just takes him to darker and darker places. And, always, they try to keep one another afloat.

Chase and Haven is a haunting story - inventively told and deeply felt - of suffering and love, made of thousands of small impressionist facets that refract thequiet spectrum of the beauty and the detritus of two entwined lives.

Praise for Chase and Haven

'[Blouin] creates vivid images using a storytelling format that bounces readers from one seemingly random memory to another ... each recollection revealed in the author's beautifully lean and powerful voice.' - Ottawa Citizen

'With deftness and self-assurance, Michael Blouin has built an undeniable world in Chase and Haven . His crisp, Gowdy-like prose and cutting observations compel. Blouin knows what goes on inside of people, and between them - what is said, and what is unsaid. He is a storyteller to watch.' - Emily Schultz, author of Joyland and Heaven Is Small 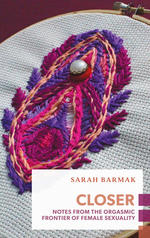