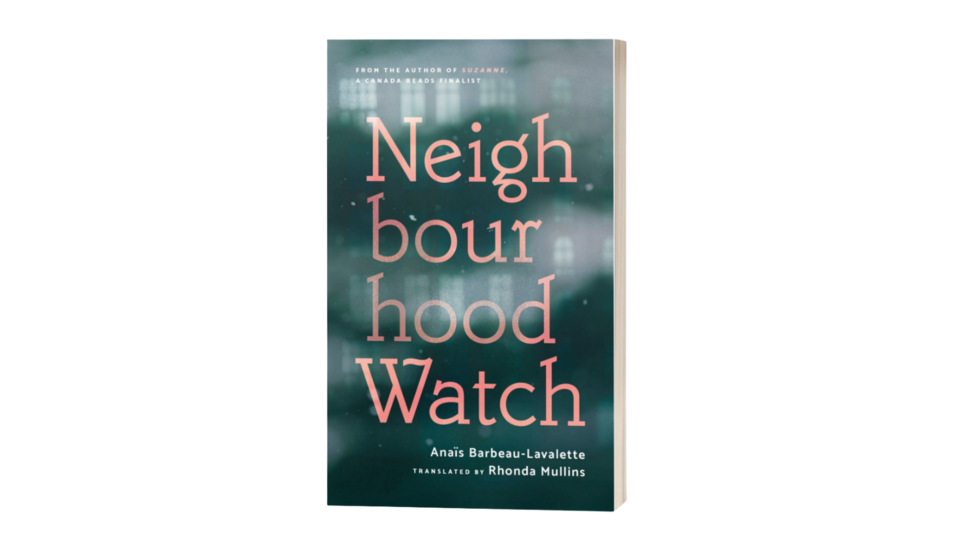 Rhonda Mullins in Conversation with Roxane from Neighbourhood Watch

The three child characters in Neighbourhood Watch – Roxane, Kevin, and Mélissa – are inspired by children Anaïs Barbeau-Lavalette got to know while working with youth in Hochelaga-Maisonneuve. The character of Roxane is based on the real-life Geneviève Ledoux, with whom Anaïs remains close to this day. I was fortunate enough to be able to talk to Geneviève about her childhood, her reactions to the novel, and her thoughts on the character of Roxane. My thanks to Geneviève for taking the time to speak with me and to her mother for watching young Nathan while she did.

Rhonda Mullins: Tell me a bit about your life today. I understand you’re a new mother.

Geneviève Ledoux: Yes, I have a little boy. He’ll be turning two soon.

R: I guess being a mother keeps you busy. Are you up to anything else these days?

G: I just finished studying to work in hospitals in health and hygiene, but with covid, well, let’s just say I’m waiting.

G: Yes. We would be the specialists in bacteria and disinfecting. So right now ...

R: Tell me a bit about your relationship with Anaïs back then and now. How did you meet?

G: When I was young, I lived in Hochelaga-Maisonneuve, where there are a lot of disadvantaged families, lots of alcohol, drugs, and violence. Dr. Julien* took me under his wing when I was four. Later he told me about Big Brothers Big Sisters, and I thought it would be fun to meet someone new, to have someone to confide in. I was twelve years old and she was in her twenties. There was an immediate connection between us. We were both shy, so we connected right away. She’s my role model. She inspired me and helped me a lot. Just like the arts and music did.

R: What did you think about the novel when it came out, or now? G: The novel, amazing. It talks about me, but that was okay. Anaïs was always interested in what we were going through. She was always interested, and I’m fascinated by her work, because it’s reality. She explains what reality looks like.

It helped me. I was moved. I didn’t expect it. I didn’t realize my story was worth telling. I’ve had my up and downs, but I’ve always kept putting one foot in front of the other. I’ve never been a quitter. There were drugs and alcohol around, but I never got too caught up in it. It wasn’t easy, but I knew I should keep moving forward. I’m happy I did.

She was an inspiration. But I have inner strength. I’m a spiritual person, and I always look for the good in life.

R: When Anaïs speaks of you, it sounds like you are an inspiration to her.

R: Who chose the name Roxane for the character?

G: She chose it. It’s a character she invented, based on my story. I did feel a connection with Roxane. She is someone who doesn’t give up, she is courageous, and Anaïs explains her journey.

G: Yes. I’ve always had an ear for music. Anaïs had a piano in the country, and she would take me there. I was always interested in music. It’s an escape, it’s calming. I would play the piano, just random notes. She was fascinated by my interest in music.

R: Who got you the violin?

G: Dr. Julien, and my uncle Gaston, on my father’s side, got me lessons. I went to music camp. I was very good. I don’t play as much now, but I love classical music. The sound of the violin seizes the heart, it touches you. It’s my other baby.

I would like to try playing other instruments at some point. I like to explore. I haven’t traveled a lot, but it’s something that appeals to me. I like to explore the food of other countries, languages of other countries. I was intrigued by Russia when I was young. I wanted to learn the language. I lived with a foster family for a while, and they were Haitian, and I loved the culture. I got to the point where I almost understood Creole. So I love discovering new things.

And nature has always fascinated me. My dad’s family is from Gaspésie, and my mother is Indigenous, so I went to camp in Abitibi. And Anaïs would take me to her cottage. I love to be in nature.

I learned to know myself, and I think that’s what got me through. I knew I could determine my own life. I have a spiritual bent. I never really got into drugs or alcohol. There was a little voice inside me that told me,’ This isn’t your place here.’

R: A little voice is a powerful thing.

R: The novel came out ten years ago, so how old were you then?

R: How did it affect you?

G: I usually read non-fiction. So when I read it, parts of it, it surprised me. It moved me. It spoke to me. I was emotional. I didn’t expect it. And her note gave me shivers. When she wrote [in the original foreword]:

I wrote the first lines of this story a long time ago, after I collided, body and soul, with Hochelaga-Maisonneuve. With its children, mainly, and I felt an urgent need to tell their stories.

The first writings that grew out of this encounter were the genesis for my feature film Le Ring.

Then other storylines appeared, other childhoods, and Je voudrais qu’on m’efface gradually took shape, inspired by the neighbourhood’s little fighters.

Because they shed new light on the world. Pure and simple. And, since then, that light has clung to my body.

It gives me shivers. Because it, and [her film] The Ring, capture exactly how we lived. How we were truly disadvantaged. How we needed to get out. We were forced to be adults. We didn’t have a childhood. Now that I have my own son, I cherish him. I want to give him everything.

R: The character of Roxane was given a label at school that made things more difficult for her. What was your relationship with school? G: I struggled a little at school. No real problems, but I had a hard time concentrating. So it was hard, but it was good too, because it was somewhere to go. It got me out of the house. There were some difficulties, but I always wanted to learn. And I had that inner voice that told me to keep going.

R: Is there anything else you wanted to talk about?

G: I just want to congratulate Anaïs on everything she’s done. I am happy that she thought of me for this interview. I recommend everyone read the book. It’s a look at reality, and it’s important. It can help. We need families and we need love. And when I talk about my past, it’s like it liberates me even more.

*Dr. Julien refers to Dr. Gilles Julien, founder of the Dr. Julien Foundation, which offers pediatric care to children living in difficult circumstances, including mind-body therapies such as art and music therapy, mentoring, and medical care. 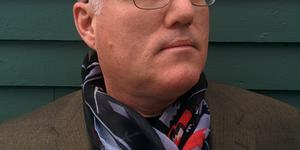 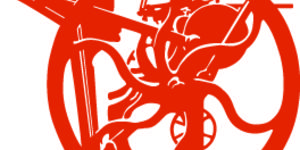