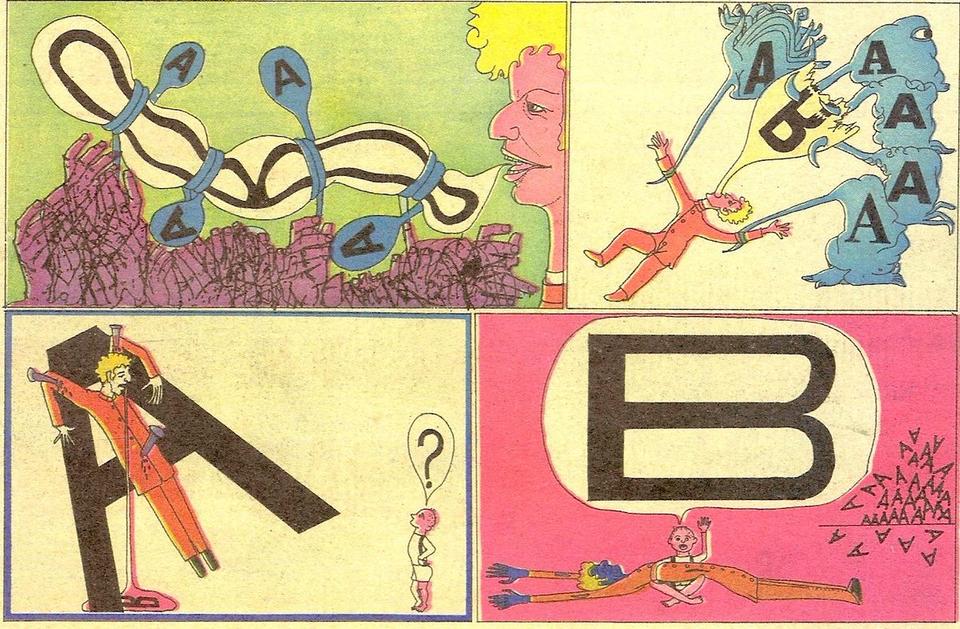 I just finished Laird Hunt’s In the House in the Dark of the Woods. I’ve been reading – accidentally, or maybe not? – a lot of fairy-tale-ish novels lately, like this and Christina Maria Garza’s The Taiga Syndrome. They both pair nicely with The Laws of the Skies by Grégoire Courtois, which we just published. Why is so much weird shit happening deep in the fictional woods these days? Hunt’s novel is about a woman who gets lost in the forest and ends up in a horror-film-calibre bewitching and hunt, and I enjoyed every suspenseful, beautifully written page of it.

Underway now is Tatiana Ryckman’s I Don’t Think of You (Until I Do), published by Future Tense Books in Portland. I’ve just started, but the 100 brief chapters of this book explore a nameless, genderless long-distance is-it-or-isn’t-it relationship, with all the obsessive thought and emotion tangles that go along with it. Sparse but weighty, with a good awareness of other writings in the same vein, this looks like a book I’ll want to keep returning to. Thanks to Deep Vellum’s Will Evans for gifting it to me.

Confession: I'm a bit of a book club addict. I'm in three at the moment and honestly I'd jump at any other invites that came my way. You can judge this to be nerdy, old-ladyish, whatever you like, but I love these gatherings where I get to talk about books – with super smart publishing and non-publishing people alike – while drinking wine and snacking on cheese and prosciutto.

I just finished reading Educated by Tara Westover. This book isn't exactly in need of a signal boost. It was on Obama's reading list, and the author has been interviewed on too many podcasts to count. But I will say that the book wasn't exactly what I expected it to be. There's definitely the sensational element that everyone talks about – the many injuries incurred by the family while working in the family's scrapyard, or the extremist and survivalist views of their father – but there's also the terrifying story of an abusive sibling relationship. Enabled by the patriarchal structures of their Mormon religion, Tara's brother is a threat to everyone around him, and his emotional and physical abuse makes Tara's escape, and success all the more amazing.

I'm currently reading Suzanne by Anaïs Barbeau-Lavalette, and translated by Rhonda Mullins, for another book club. Look, someone else suggested it! And I wanted to re-read the book after my first fast and distracted read a few years ago, now in the context of its stint on Canada Reads 2019. The language is as beautiful and images as indelible as I remember, but what I'm really struck by on this read is how Suzanne spans decades of history – specifically, French-Canadian history – seamlessly showing how the personal is political.

And, finally, I just started There, There by Tommy Orange – picked for two of my book clubs, and recipient of basically all the accolades there could be (most recently, nominated for the Pulitzer). I've hardly been able to put this book down since I started it. This book is told from the perspectives of multiple characters, and each new voice is as vivid as the last. It's hard to find more words that haven't been used in its many reviews. Just read this book!

(Please note: I'm sufficiently chastened by the fact that GOOP's blurb for this was “this is the kind of novel you finish and immediately need your book club to read so you can talk about it with other people." I may never mention book clubs again, but, unlike the jade egg, she is right this one time.)

My pick is To Float in the Space Between: A Life and Work in Conversation with the Life and Work of Etheridge Knight by Terrance Hayes. I've been a huge fan of Terrance Hayes' poetry, so I was excited to hear about his first non-fiction book. Part biography of Etheridge Knight, part memoir, part rumination of 20th-century poetry, this book resists easy classification.

Idk I'm not reading much cause I'm a loser. But a book I picked up recently is called the Panic Fables. It's a collection of Alejandro Jodorowsky's comics that he made in the 60's and 70's. A lot of the strips have to deal with existential issues or heavy philosophical ones. They're pretty fun for the most part and really weird, which I love.

Check out this cool plate from it (as well as the cover photo for this blog post): 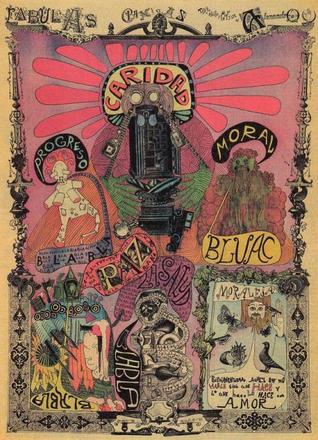 I've recently finished Here is Where We Meet by John Berger. John is one of my favourite authors. After having read his Confabulations three summers ago on a lagoon in France, I fell in love with his quietly observant, intelligent, and nurturing voice. Having been a painter and an art critic before writing fiction, his work puts great stock in reading the material world, and is always imbued with a sense of wisdom and humility. In this book John saunters through the sun bleached streets of Lisbon in the summer with his deceased mother, has a crush on the town of Geneva, and spends an afternoon making sorrel soup in a country house in the Czech Republic. It's pure essence of JB: deeply personal, always magical, and full of tenderness. Meeting with him is always a pleasure.

Now I've just started Street of Crocodiles, a play by Complicité, a British theatre company whose work I'm endlessly inspired by. Based on the life and writings of the Polish author Bruno Schulz, it's a short and delightfully abstract dive into the main character's past, wherein books turn into birds, mothers and fathers turn into rambunctious school children, and life as a polish jew in WWII is a sad truth that the central character momentarily escapes from in this reverie in four parts.

I'm also reading Ghosts of My Life: Writings on Depression, Hauntology, and Lost Futures. Published in the UK by Zero Books, it's a collection of essays and writings by Mark Fisher, Marxism's favourite pop-culture theorist. It's about pop music, memory, capitalist-realism, and why contemporary western society made Mark so sad. After he died in 2017 this work became a huge hit with leftist students, and although I've cringed a little at some of his earlier remarks in the book, reading his work is always enjoyable and engaging, and to me an indispensable step in becoming a smart contemporary leftist thinker. 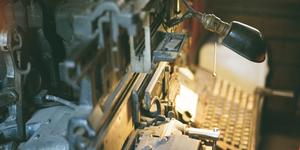 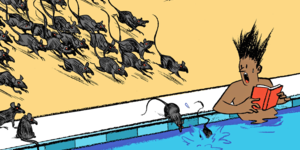