This week's Sunday Poetry comes to us from Jay Ritchie's first full-length collection Cheer Up, Jay Ritchie. His previous work, a chapbook entitled How To Appear Perfectly Indifferent While Crying on the Inside was published by Metatron in 2015. The two together suggest that Mr. Ritchie just needs a hug, but since distance will likely keep most of us from doing that, we suggest you read on instead.

What it meant to be skateboarding
in the partying shadow of a tree,
I don’t know.

take advice from the Lululemon bag,
Do One Thing a Day
That Scares You,

even though I feel poptimistic.

want yoga pants, and besides,
There Is No Such Thing
As Ethical Consumption
Under Capitalism.

I read that on Tumblr
while working at the self-storage,
dizzy with love and disappointment
like my past self in Paris,

charging my phone
at the Mac Store across from the Louvre,
searching for x on the internet.
(Later x appeared
at a flea market in Berlin.
It was so thrilling to manifest x!
I bought x.)

moving just out of sight,

dropping braids of synthetic purple hair
for me to collect in July.

for synchronicity
or surprise pagodas,
Though I feel numinous
at the SAAQ,

exceeding everyone’s expectations,
like water in a Coca-Cola bottle.

In a Society That Profits from Your Self-Doubt,
Liking Yourself Is A
Rebellious Act.

I read that on Tumblr
under the obelisk at the Saddledome,
where I learned contradictory symbolism
can express germane banking info.

I committed to an act of self-love.
I bought tear-resistant pants
just in case

a good guy underneath it all,
being honest in discreet doses
to underpaid retail employees

one of them
and I never have been,
masculinity wouldn’t let me

say, I need help,
so I built a rampart of philosophy,
In solitude one finds oneself –

and that my work ethic
is a poor excuse for personality,
though I feel high
at a third wave
one hour in.

I can imagine a better world.
I’m a good fit for this position.
I have promoter experience.

ending another kalpa
while I sit at the computer
taking every Vegas ad for granted.

A Truly Rich Man Is One Whose Children
Run into His Arms Even When His
Hands Are Empty,

Mark Bradford titled a mixed-media
work I saw hungover
in Chicago in 2011.

I buy plastic to feel
normal after running my hand

along the Madison grass,
searching for particular grass
no different from the rest
in a ‘concerted effort’ to break a pattern

all the barking days. 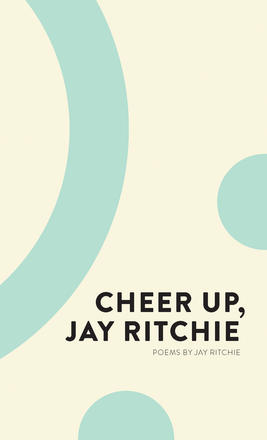 A business that creates revenue through multi-level marketing is running a pyramid scheme. I learned about multi-level marketing in February of 2015, when I was unemployed and desperate for work after finishing my undergraduate degree at Concordia University. It was a cold, Montreal winter. February 2015 was the coldest in 115 years. I was on Craigslist a lot, sending out emails every day. I felt like a farmer whose crop was blue links on the marketing / pr / ad page. I woke up every morning, checked my crop, then stared bleakly into the wind.

A random marketing company asked me to dress sharply and come in for an interview. It was on Chabanel Street, Montreal’s former fashion district and current sketchy textile district. During the interview I was pitched a $500 makeup kit, which I would then sell in bits and pieces to people at the exit of Walmart.

Participants in multi-level marketing are incentivized to recruit new participants because in order to join you have to buy whatever it is you’re selling and there’s more money in selling $500 makeup kits to new participants than $10 mascaras to customers. 99% of people who get involved lose money. I felt bad for the person who “interviewed” me, who was only trying to scam me because they had been scammed in the first place. I interpreted the whole affair as an allegory for capitalism, where very few people succeed, and only when others suffer.

I named this poem after multi-level marketing as an ironic gesture; I thought it would be funny to act as if the poem was trying to sell you something. Anyways, please buy my book!

Cheer Up, Jay Ritchie (2017)
With an alternating sense of wonder and detachment, Jay Ritchie's first full-length collection of poetry grapples with death, disappointment, love, emails – the large and small subjects of daily life. His unflagging sense of humour and aphoristic delivery create a work that is personable yet elevated, witty, and honest. 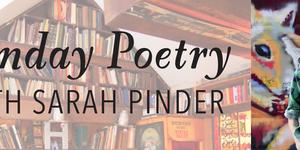 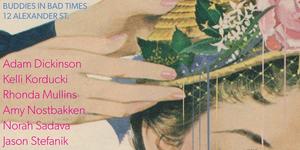