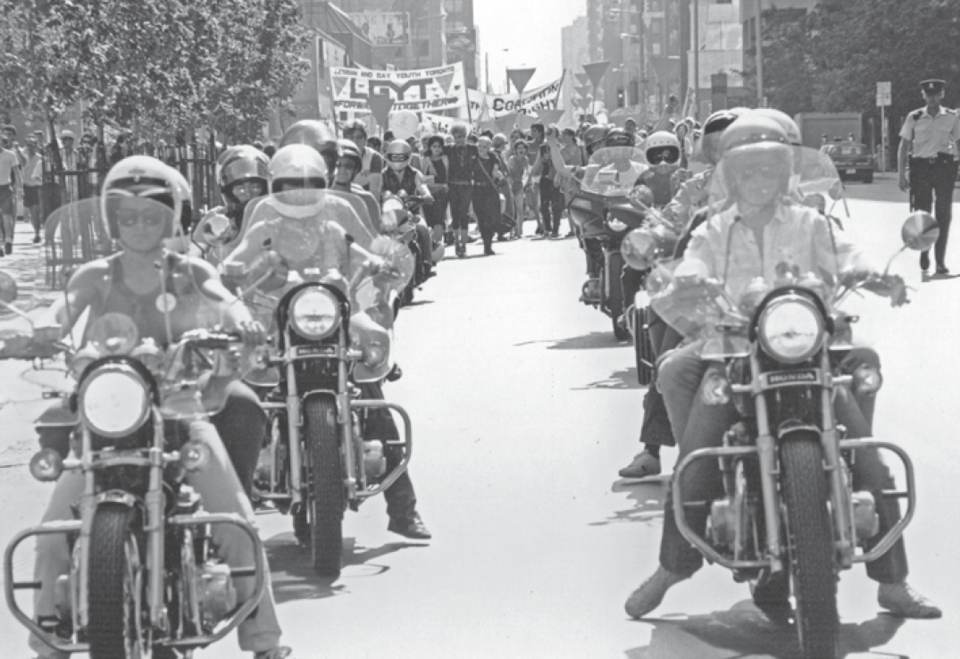 An excerpt from Any Other Way: How Toronto Got Queer

Imagine three hundred women marching down Yonge Street chanting, ‘We are the D-Y-K-E-S!’ over and over. The year was 1981 and Toronto’s first dyke march was winding its way through downtown. Organized by Lesbians Against the Right, the October 17 protest was a very public response to the rising anti-gay/anti-sex backlash sweeping across North America. I had been involved in lesbian, gay, and feminist activism since the 1970s, and the political context of that moment demanded a highly visible gesture.

The march, which I helped organize, was part of the gay/lesbian resistance to the growing tide of right-wing groups such as Renaissance Canada and Positive Parents, both of which started after the 1978 Toronto visit by Anita Bryant, the one-time Florida beauty queen turned orange-juice promoter who had become the face of the American opposition to gay rights. Bryant’s visit followed the 1977 Emanuel Jaques murder, the police raid on The Body Politic magazine in the same year, and the homophobia swirling around the openly gay George Hislop’s 1980 bid for a seat on city council.

In short, 1981 was a dangerous time to be visibly lesbian or gay in Toronto.

Despite those storm clouds, we printed posters with a thunderbolt across three women’s symbols that read, ‘Bring your balloons, banners and babies.’ In fact, there were only a few babies of lesbians around then – maybe we were predicting the lesbian baby boom.

On the back of the poster was text that unpacked lesbian power, pride, and visibility: how it felt good to be strong, independent women, and how we needed to share the strength and collective power with other lesbians we knew.

More than all that, the demonstration was also meant to provide a specific response to police arrests of gay men in their own homes and police harassment of lesbians. ‘Will your lesbian co-op be charged as a common bawdy house?’ the poster asked. ‘We’re told we’re not fit to be mothers or teachers. We’re told we’re not fit to be part of a family or neighbourhood. We can’t be in the streets, in the schools, in the parks, on the ttc, in bars, in donut shops, even in laundromats. Lesbians are everywhere. And we have the right to be everywhere.’

The march started at the 519 Community Centre on Church Street and wove past what Lesbians Against the Right identified as Toronto’s lesbianl andmarks of that era. Here are the scripts that were read at each stop:

Dykes in the streets declared our power and visibility, with many gay male allies marching along on the sidewalk. We walked down Bay Street near Old City Hall, with police escorts. There, in the middle of the street, we linked arms and chanted ‘Look over here, look over there, lesbians are everywhere.’ After more than two decades of Dyke Marches during Pride festivities, that first one reminds me how, in chilly political times, we need kick-ass radical energy. It is a reminder of the ongoing necessity of taking up public space in ways that radically reconfigure our city.

This essay originally appeared in Any Other Way: How Toronto Got Queer, which is 20% off until July 1st! 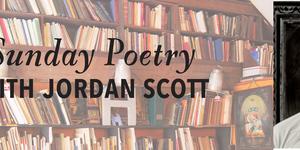 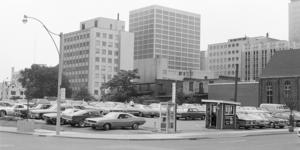 The Object is the Subject by John Lorinc and Tatum Taylor