… Fran Ross’s Oreo (New Directions, 2015; originally published 1974) on the subway and it’s amazing. New Directions reissued this incandescent satire by Richard Pryor’s one-time comedy writer, which was essentially ignored upon its initial publication and went out of print shortly after.

… The Gloaming by Melanie Finn (Two Dollar Radio, 2016) and it is unputdownable: very dark and psychologically tense. It follows Pilgrim Jones, who is emerging from a marriage that has suddenly failed and an event of unspeakable trauma that occurred in a Swiss town. She finds herself in Tanzania, where she's thrown into a world of personal intrigue, witchcraft and revenge...! Buy it. Buy it and read it.

… Anna Moschovakis’ They and We Will Get Into Trouble for This (Coffee House, 2016) after hearing her read from the book at knife|fork|book in Toronto. It features a long laconic poem that runs along the bottom of every page  – like overhearing two strangers’ breakup at a party. I’ve also been reading someone’s dead already by Tongo Eisen-Martin (Bootstrap, 2015). It’s loud.

… Adam Zachary's The End, by Anna (Metatron, 2016) in the tub last night. This was such an elegant and radical little read, stuffing questions of poetry, art and performance into just 100 pages. I've also been picking my way through Chloe Caldwell's new book of personal essays I'll Tell You In Person (Coffee House, 2016) which has a thoughtful bluntness that I really admire and I haven’t often seen in essay collections. 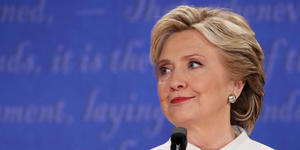 In Praise of Nasty Women 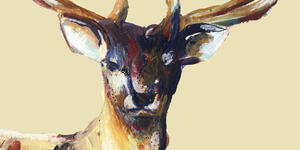