Jesse Ruddock is author of the novel Shot-Blue. Born and raised in Guelph and based in Montreal, Jesse attended Harvard on a hockey scholarship, playing starting goal. After a series of concussions, she turned to studying modern poetry and medieval meditation, next completing a Master’s at the University of Toronto. From age thirteen to twenty-three, Jesse worked in the summer as a carpenter’s apprentice on a remote lake in northern Ontario.

The New York Times says, ‘Ruddock writes moments of startling intimacy.’ The National Post says, ‘Ruddock is a poet (among other things) and we can call her debut a novel or we can call it what it is: poetry.’ Her writing and photographs have appeared in the New Yorker.com, N+1, BOMB, Music & Literature, and VICE, among other places. 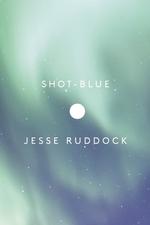