Geoff Pevere is one of Canada's leading pop culture commentators and movie critics. The former host of CBC Radio's groundbreaking Prime Time program, he is also the co-Â?author of the national bestseller Mondo Canuck: A Canadian Pop Culture Odyssey. Currently a movie columnist with the Globe and Mail, he was a movie critic with the Toronto Star for ten years, a TV host with TVOntario and Rogers Television, and a lecturer on film and media. His other books include Toronto on Film and Donald Shebib's Goin' Down the Road. 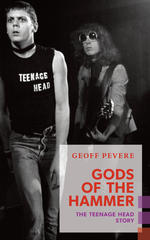 Gods of the Hammer