Born in Iran, raised and living in Toronto, Raha Javanfar is a multifaceted artist. As lighting designer, she has worked on numerous productions in Toronto. As projections designer, she has toured the world with Tafelmusik over the course of a decade. A multi-instrumentalist, Raha performs regularly as frontwoman and singer/bassist of her blues/r&b band Bad Luck Woman & Her Misfortunes, and as a fiddle player in the Double Cuts, as well as in numerous other bands. Raha has sat on juries for the Dora Awards, FACTOR, and the OAC. She was co-recipient of the Siminovitch Prize, and is an active arts advocate and ambassador for Music Canada. 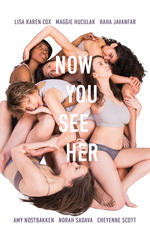