The Voyages of Martin Frobisher

Welcome back to Sunday Poetry, where only the most epic poetry can be found. This week, we're looking at ‘The Voyagers of Martin Frobisher’ from Dead White Men by Shane Rhodes. If you like what you see, don't refrain from signing up to receive the Sunday Poetry newsletter that includes exclusive poems and discounts in your inbox on any given Sunday.

We thought these places might onely be called the Isie Seas

and we could not tell where we were

They shall get them into the latitude of _ and _

We sought to find the rich countrey of Cataya

these poore men of Bristow

where all the sands and clifts did so glister

faine to submit themselues to the mercy of the vnmerciful yce

yet we haue not found any

They saw themselues certaine people of that countrey

We wrote our letters

They found themselves without sight of Sunne

They be more then by writing can be expressed

and gaue God humble thanks

and by signes declared they wil stop their eares

They will teach vs the names

in their language and women

They beleeve we can make them liue

or die at our pleasure

yet by no meines

that they had seene gold

When he was among us
the body neglected
everyoneʼs judgment

was deceived.
putredinem
There was
two ribs broken

dropsy
when he first arrived.

When he came back to himself

standing on the shore from the deep

he sang clearly
and summoned up

the foolish, too uncivilized man ‘God be with you.’

for our most gracious
Cally Chough
Queen

3. [Drawing them out]: Frobisher’s Captives
[Fight between Frobisher and Eskimos
watercolor (?) in Baffinland

with bow and arrows and paddle
Drawing in native dress

sealskin jacket with hood and tail

carried aboard the 1577 voyage

with bows and arrows

and English dressfor the Queen’

In looking at the dead white men that litter Canada’s landscape, you can’t avoid Martin Frobisher. He sailed three times to Baffin Island. The first, in 1576, searching for the Northwest Passage to China (and during which 5 of his men were taken captive by the Inuit). In 1577, he sailed with even more men and collected 200 tonnes of Black Ore, “which was esteemed to be very ritch and full of gowld.” While searching for the lost seamen from the previous voyage, they fought local Inuit and kidnapped three: a man they called Calichoughe, a woman called Egnock, and her child, Nutioc. On their return to England, the captives were painted, drawn, examined and written about in publications all over Europe. All three died within a few months.

“The Voyages of Martin Frobisher” is built, in part, upon George Best’s 1584 work on Frobisher’s three voyages, contemporary descriptions of drawings made of the Inuit captives (many are still housed in European museums), and a collection of the many different spellings of Kalisuuq (both the name and character of Shakespeare’s “Caliban” may be based on Kalisuuq). I've also repurposed Edward Dodding’s 1577 autopsy report which details the sickness and death of Kalisuuq. Although the report could easily be seen as a quaint scientific document from its time, I think it important to remember that it is rooted in the death and desecration of a real Inuit man; I hope the poem brings some semblance of respect back to his death.

Dead White Men (2017)Juxtaposing the seemingly benign names of Europeans that permeate our geographies with the details of their so-called discoveries and conquests, Dead White Men turns ideas of exploration, discovery, finding and keeping back upon themselves. Engaging with exploration and scientific texts from the fifteenth to the nineteenth centuries – texts wrapped up in the history and ongoing present of colonization – this collection builds a fascinating poetry of memory out of histories that are largely forgotten. 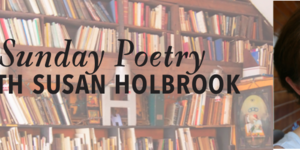 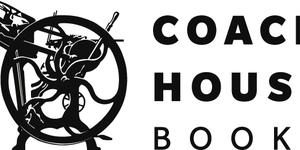