‘Because We Come From Everything’

In poetry news from down south, the Poetry Coalition launched its first formalized project, called ‘Because We Come From Everything: Poetry & Migration.’ The Coalition formed in November 2015, with a membership comprised of over twenty nonprofit poetry organizations from across the United States.

‘Because We Come From Everything’ sees Milkweed Editions, Coffee House Press, Graywolf  Press, and Birds, LLC curating poems on the topic of migration. They’ll distribute a new poem, in both pixel and print, every Thursday until National Poetry Month’s Poem in Your Pocket Day, which falls on April 27. The poems will find their digital home on Milkweed’s website.

The first poem is Bao Phi’s EGO TRIPPING AS SELF-DEFENSE MECHANISM FOR REFUGEE KIDS WHO GOT THEIR NAMES CLOWNED ON. Read it here and keep an eye out for Bao Phi’s forthcoming book of poems, Thousand Star Hotel (Coffee House Press, 2017). It drops just after the Fourth of July. 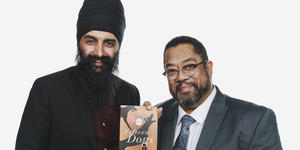 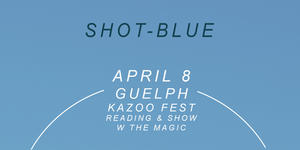